Cherished memories of a disappeared family in the wild

There is an unspoken bond between a lensman and his subjects in the wildlife. Wildlife Photographer Alijah Mohammad shares his pain on the shocking death of a tigress and disappearance of her cubs.

It was in late April, when Jr. Kankati, Bandhavgarh TR, obliged the park visitors with sightings of her first litters. The news spread across the social media and we were extremely eager to see the family of 5 tigers.

We booked our safari for the end of May, at Magdhi zone of Bandhavgarh. On our first safari in the afternoon, we were to go to Jr. Kankati’s area. With enthusiasm, hope, and anticipation, we headed to that zone of the park. Almost a kilometer before, we were told by a chowkidar “Jaldi jayiye darshan ho rahe hain”. The speed limit of 20kms/hr. was making us feel so restless but we managed to reach the location and indeed it was no less than a ‘darshan’.

We first spotted Bamera’s son (X male) resting beside a man-made water body. Then came this bold male cub, Himmat Singh, leaving the thickets and walking on the safari track. What a magnificent sight it was to behold! On each of our 6 safaries on that trip, we sighted members of this family including Jr. Kankati and her other two cubs.

Soon the season ended. We wished the cubs well and hoped they stay safe in the monsoon. I was harbouring the thought and wish to see Himmat Singh and his siblings all grown up by our next visit to the park.

Within a month, we received the shocking news of Jr. Kankati’s sudden disappearance and then death. The cubs were shifted to an enclosure overnight, though it was reported that their father was looking after them since Kankati disappeared. He never left his cubs alone. When you happen to observe a particular tiger closely a few times and capture some beautiful moments, unknowingly you build a bond. It hurts deeply to imagine that we possibly lost Jr. Kankati to human cruelty.

Soon the news came about a new tigress, Solo, coming into that zone and was seen with Bamera’s son (X male). It is fascinating how animals find their own way to heal and move on in life. Nature just never fails to amaze us.

Cover Pic: Himmat Singh with his sisters near the pond 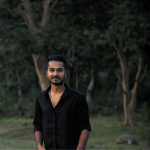 About the Author / Alijah Mohammad

Celebrating International Tiger Day with some hard-hitting facts, as the author points out the inherent hypocrisy involved

Forced self-isolation of the humans turns out to be a boon to nature, with its wild denizen

Glimpses in the wild

Leopards in the Mara, the reigning tigress in Bandhavgarh, a fantail in Singapore or a deer or cormorant