The Tigers of Ranthambore

“Sir,Tiger!” screams Deepak, our Driver cum Guide, to the open-top Gypsy full of photography enthusiasts, pointing to his left. Four pairs of eyes move to the left in a choreographed motion, followed by a flurry of hand movements adjusting camera lenses, tripods and zoom angles. The skulking beauty comes out of the bushes, his flame yellow and coal fur, glistening in the early afternoon sun; he stops right at the edge of the forest. A scurry of shutter sounds reverberate and the whole breadth of the magnificent striped beast is captured forever in SD cards of the four cameras. Deepak Singh looks proud as he studies the happy and content faces of his riders.

Deepak was happy today. He always felt satisfied with himself whenever his riders got a good sighting. He thought it was his duty as a Guide to put people in the best possible situations and places. After all, there aren’t many guides more familiar with the forest here than him. He had been taking people on tours and safaris since he was a little boy along with his father. The thought of his father brings all the happy memories rushing back to his mind. His father, now old and feeble does not come to the jungle anymore. Deepak has taken after his father in many ways, his profession being just one of them. Business has been good this year around. The tourists keep on coming, more and more, with every passing year. All are very keen to take Safaris and guided tours and Deepak is a big hit among them; word of mouth, he likes to believe. With his two daughters studying in English medium school, their private tuitions and his father’s medical expenses, he feels blessed for this increased footfall.

The tiger takes a hard measured look at his right- five Gypsies full of people pointing frantically, stunned by his sudden appearance, then looks left towards us. His eyes are cold and tired, the time not being of his usual stroll. He glances at us again, and then nonchalantly moves right across the road, bisecting the five Gypsies and us. Into the wilderness and out of sight he goes.

He would have loved to walk along the road, for it was one of his favorite things to do. To visit his chosen watering hole and check on his kill from last night, laying still a few feet inside the bushes near the bend in the road. Not today. Today his jungle is full of unwanted and uninvited guests, riding around in Gypsies, carrying strange heavy and dark objects in their hands, pointing them towards him, every time they cross his path. He doesn’t like to be gawked at, pointed at and the intermittent click-click sounds irritate him the most. As he walks past an old dilapidated brick bridge, he thinks of the time when he could roam around his forest without any humans in sight. Peace and quiet, nothing but open vast grasslands to run about, numerous seasonal ponds to quench his thirst, ample game to prey upon; those were the days. His thoughts are interrupted by a lone green Gypsy at a distance, coming his way. He changes tracks and disappears into the thicket wishing for the rains to come. When the rains come, the humans stay away.

Ranthambore National Park, located in the Sawai Madhopur district of southern Rajasthan, 140 kilometers from Jaipur, is one of India’s most famous national parks. It has a healthy tiger population and these can be seen wandering thereabouts or basking in the sun.  It is a popular destination for wildlife and nature enthusiasts, especially those looking for the Royal Bengal Tigers in their natural habitat. Other fauna found here include the Indian Leopard, Nilgai, Wild Boar, Sambar, Striped Hyena, Sloth Bear and Mugger Crocodile. Every year, thousands of tourists visit Ranthambore to see and admire tigers, taking wildlife safari tours by way of morning or evening or full day tours.

Ranthambore Tiger Reserve, which comprises of Ranthambore National Park as well as Sawai Mansingh and Keladevi Sanctuaries, is highest revenue grossing tiger reserve in the country accumulating Rs 23.06 crores in its kitty in the last financial year. Sawai Madhopur district earns an estimated Rs. 350 crores from wildlife tourism which directly invigorates the local economy, from hotel and taxi operators right down to the vegetable sellers and handymen who find work in the tourist season.

There has been a lot of talk about increased human interaction and intervention in the natural habitat of these tigers and how on one hand it is bringing a great deal of focus on and awareness about the criticality of  their depleting numbers, and on the other hand, creating increased man-animal conflicts.  There have been studies which tend to indicate that tiger tourism is actually helping to create an environment more conducive to the conservation of this iconic species. Also, an absence of human interaction in the form of tourism makes the tigers more vulnerable to poachers as well. Besides, we have to also keep in mind that tiger tourism is a major source of revenue for our wildlife parks and people like Deepak, who depend solely on wildlife lovers and enthusiasts for their livelihood. 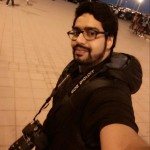 About the Author / Gautam Kumar

Gautam Kumar is from Jammu and currently based out of Gurgaon. He works with Bank of America. He enjoys writing and has been writing for a quite a while now. Many of his articles have previously been published in Jammu based fortnightly newspaper, 'Jammu Links'. He has a keen interest in wildlife and nature and escapes to wilderness now and then to fuel this interest.

In an unprecedented move, the forest guards of Ranthambhore have attempted to raise orphaned tiger cubs in

In a serious blow dealt to the tiger population in Rajasthan, 2 tigers have died in consecutive